The Unseen Victims Of The Opioid Crisis Are Starting To Rebel 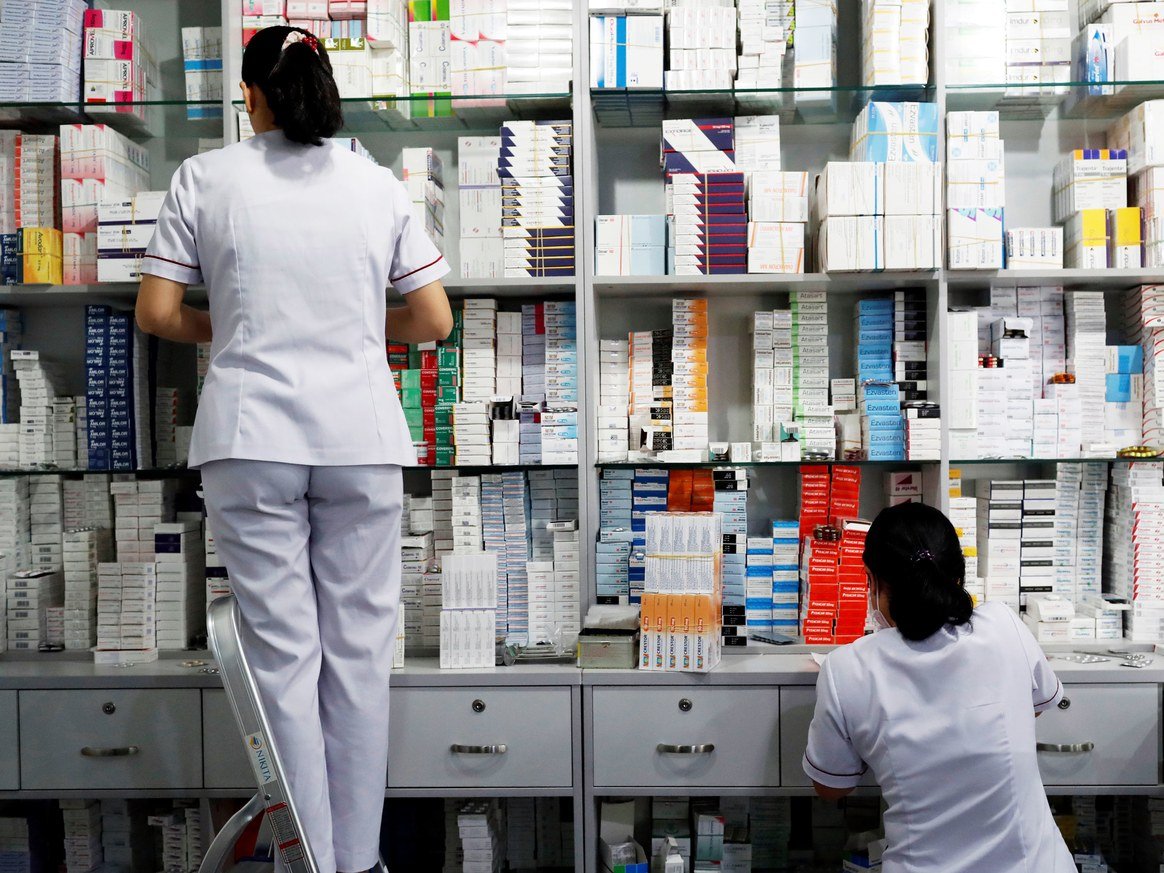 Courtesy of WIRED MagazineAPRIL GROVE DOYLE, a 40-year-old single mom with metastatic breast cancer, pulled her car to the side of the road. Her face was flushed and her eyes puffy from crying, but she looked into the phone mounted on her dashboard and pressed the record button.

“So, I’m just leaving my pharmacy,” she said, taking a breath to steady herself. “I’m not, I’m not—I’m frustrated, and that’s why I’m crying. I get pain pills, maybe every two, three months, OK? I can make one monthly prescription of pain pills last two or three months because I don’t really take it unless I absolutely need it. And when you have metastatic cancer in your bones, you need it. Because sometimes the pain is so much you can’t even function. And I just want to function.”

After another deep breath, Doyle explained: The pharmacist at her local Rite Aid pharmacy in Visalia, California, had berated her for her history of opioid prescriptions, then told her to come back later. She left without the refill, feeling that she was being treated like a criminal.

Like millions of other chronic pain patients around the country, Doyle is the collateral damage of the opioid abuse epidemic. About 17,000 people die each year in the US from a prescription opioid overdose. Fifty million Americans suffer from chronic pain—one-fifth of the adult population—including 20 million who have what’s called high-impact chronic pain, or pain that frequently limits their daily life.

The campaign to keep opioids away from people who abuse them has ended up punishing the people who use them legitimately—even torturing them to the point of suicide. Now they are pushing back, mobilizing as best they can into a burgeoning movement. “Don’t Punish Pain” rallies are taking place in cities nationwide on May 22, and pain patients are organizing a protest at the Centers for Disease Control and Prevention in Atlanta on June 21.

Doyle posted her video to her Facebook page, The C Life, and by the time she got back to her office after her lunch break, her phone began to bing with notifications. The video has since been viewed about 330,000 times; many of the 1,400 comments came from people with similar experiences. After her post went viral, Rite Aid filled her prescription—and apologized.

“This is not right,” Doyle says. “These medications were created for the very problems we’re having, and yet we’re not being allowed access to them.”

TWENTY YEARS AGO, easing pain was the mission and opioids were the method. Pain became known as “the fifth vital sign,” as important as blood pressure, temperature, heart rate, and respiratory rate, and hospitals and clinics routinely asked patients to rate their pain. In 1999 the Oregon Board of Medicine even declared that “clearly documented undertreatment of pain” was “a violation equal to overtreatment.”At pain clinics, the best results came from offering a range of treatments, including physical therapy and cognitive behavioral therapy. But insurance was more likely to pay for the simpler pharmaceutical path. In 2017 doctors in the US wrote 199 million prescriptions for opioids, or 58.7 scripts for every 100 persons. That is actually a decline from the peak of 255 million opioid prescriptions, in 2012.The drop in opioid prescriptions might be a sign that the crackdown on abusive use is working. It also might reflect the plight of chronic pain patients who suddenly find it hard to get the prescriptions they’ve been using to help them get through the day.

One in four cancer patients have had trouble getting their pain medication because a pharmacist refused to fill the prescription, even though the drug was in stock, according to a survey by the American Cancer Society Cancer Action Network. Thirty percent said they couldn’t get the pain meds their doctor prescribed because their insurance wouldn’t cover the costs.

Suicides are rising among people with chronic pain, according to a 2018 analysis of National Violent Death Reporting System data. Halting opioids suddenly also can lead to cardiovascular problems, including heart attacks, according to Michael Schatman, director of research and network development at Boston Pain Care and editor in chief of the Journal of Pain Research.

“Pain patients have been abused,” says Schatman, who advocates for a middle ground on the use of opioids. “I believe that it’s genocide of people with chronic pain.”

WENDY SINCLAIR, WHO has chronic pain from a 2014 car accident, is organizing the “Don’t Punish Pain” rally in Salem, Oregon. It isn’t easy for people with chronic pain to stand on a sidewalk holding signs and waving at motorists. Instead, many of them will sit in chairs or wheelchairs, sharing their stories with people walking by. “We don’t have a lot of healthy people advocating for us, so we have to do it ourselves,” she says.Claudia Merandi, a retired court reporter with severe Crohn’s disease who lives in East Providence, Rhode Island, started the rallies in 2017 with some Facebook posts among friends. Today, her Don’t Punish Pain Rally Facebook page has 10,000 followers, and she has rally coordinators for 44 cities. If someone can’t get to the rally site, she encourages them to sit outside their local pharmacy with a sign instead.It is a new civil-rights issue, she says: “When you take away a person’s right to live a humane life, what else would it be?”

Perhaps the most powerful support comes from pain experts. In March, a group called Health Professionals for Patients in Pain wrote to the Centers for Disease Control and Prevention, urging the agency to respond to the “widespread misapplication” of its 2016 Guideline for Prescribing Opioids for Chronic Pain. Patients were being forced to taper off opioids and were subjected to unnecessary suffering, they said. The letter was signed by more than 300 health professionals, including three former US drug czars.

On April 9, the Food and Drug Administration warned that suddenly decreasing dosage or halting opioids in patients who are dependent on them could lead to “serious withdrawal symptoms, uncontrolled pain, psychological distress, and suicide.” The next day, the CDC director clarified that the agency’s guideline, which recommends against high doses of opioids, applies to the initiation of opioid treatment and not to patients who have been stable in long-term treatment.

Yet chronic pain patients say many doctors have already stopped prescribing opioids. They fear scrutiny from the Drug Enforcement Administration, state medical boards, or even their own health institutions. Authorities want to shut down “pill mills” that fuel the overdose crisis by providing opioids inappropriately, but those same enforcement efforts can affect doctors who prescribe high doses to chronic pain patients. Oregon, for example, wanted to shift patients from opioids to alternative pain treatment, such as acupuncture, massage, and cognitive behavioral therapy. In 2016, the state required Medicaid patients with back and spine conditions to taper off of opioids.

Then this spring, the Health Evidence Review Commission, which guides reimbursement decisions, considered new limits: Patients with certain chronic pain conditions would gain coverage for alternative treatments under Medicaid, but would have to taper off opioids, even if they have been stable on their doses for many years.

Sean Mackey, chief of the Division of Pain Medicine at Stanford University, was initially reluctant to enter the fray over opioids. “I prefer to avoid this space because there is so much emotional rhetoric and anger and attacks flying both ways,” he says. “I just want to focus on pain, the research and clinical care of people in pain.” But he felt compelled to speak out against what he calls “a social experiment on a large part of the most vulnerable population.”

Mackey wrote a letter warning that forced tapering poses significant harm without any evidence of safety or effectiveness. It was co-signed by more than 100 pain and addiction experts and patient advocates. “People of good conscience need to step up and say ‘No, this is wrong,’” he says.

On May 16, after an independent review found little evidence to support the alternative treatments or the tapering, HERC backed off of the proposal. It stopped requiring people with back and neck pain to taper off opioids and decided to revisit that coverage issue next winter.

This other opioid crisis of pain remains overshadowed by the still-rising number of overdose deaths, most of them involving illegal opioids. Johnna Magers of Indianapolis, organizer of the June protest outside CDC, wants people to think about the lives that are threatened by the loss of access to opioids. “The rest of America better wake up,” she says. “Because you are one accident away from being a chronic pain patient.”