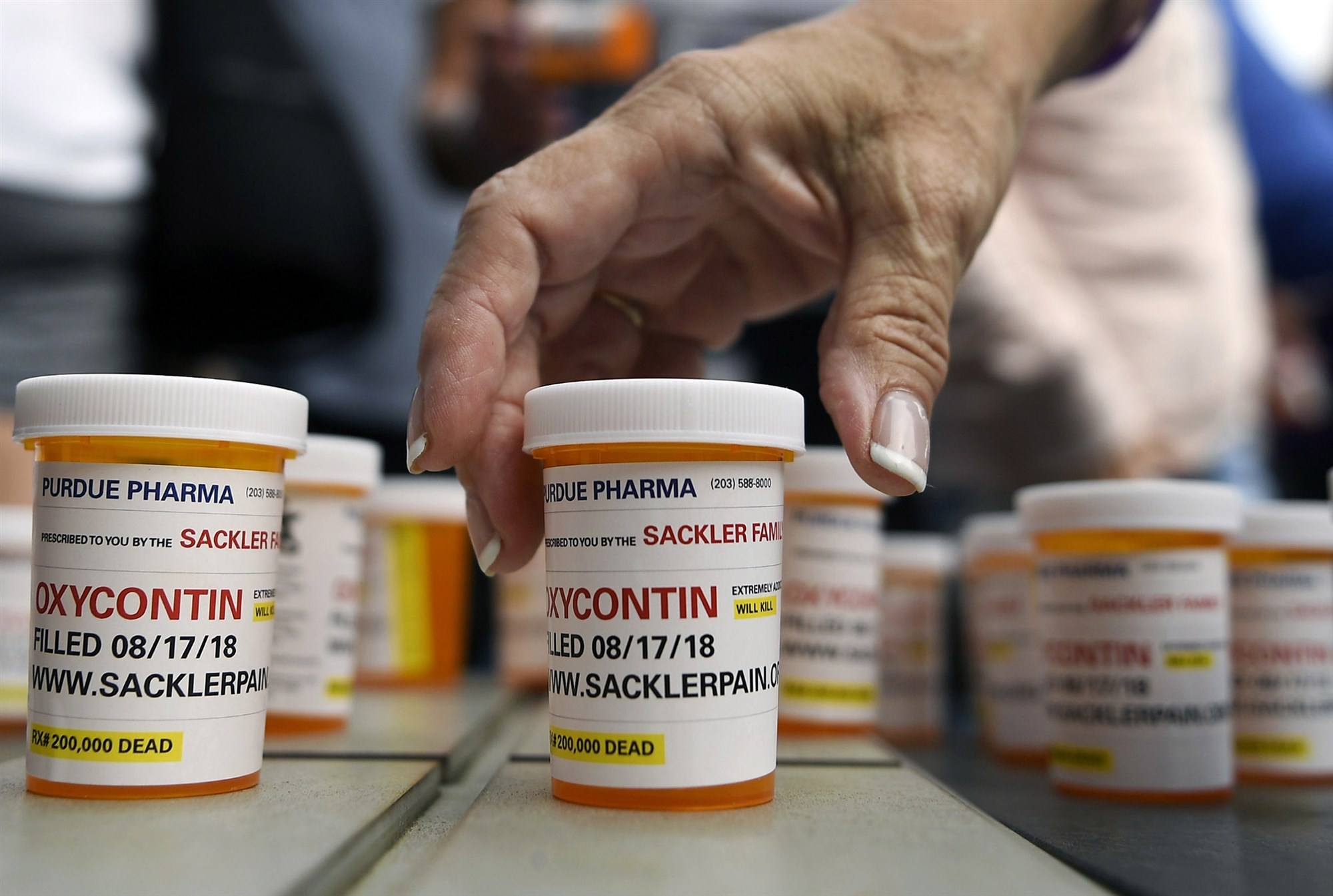 Two members of Congress accused the World Health Organization on Wednesday of helping Purdue Pharma use the same “propaganda campaign” that fueled the opioid epidemic in the United States to expand drug sales internationally.

In a 38-page report titled “Corrupting Influence, Purdue & the Who,”Rep. Katherine Clark, D-Mass., and Rep. Hal Rogers, R-Ky., charged that the WHO has published guidelines for opioid use that parrot Purdue’s claims “that dependence occurs in less than 1 percent of patients, despite no scientific evidence supporting this claim.”

“We believe the similarities between their propaganda campaign in the U.S. and the confusion and deception they have spread through international publications are not a coincidence,” the report states. “We are highly troubled that after igniting the opioid epidemic that cost the United States 50,000 lives in 2017 alone and tens of billions of dollars annually, Purdue is deliberately using the same playbook on an international scale.”

Clark and Rogers called on the WHO to “no longer allow the same companies and the same people who recklessly chose profits over human lives in the United States to inflict the opioid crisis on the rest of the world.”

WHO is an agency of the United Nations that is concerned with international public health and is based in Switzerland.

“We have received the most recent letter from Congress and are reviewing it point by point,” WHO spokesman Christian Lindmeier wrote in an email after NBC News reached out for a response.

Purdue Pharma spokesman Bob Josephson responded in a statement when NBC News reached out for comment.

“Purdue strongly denies the claims in today’s congressional report, which seeks to vilify the company through baseless allegations,” the statement reads. “Purdue Pharma LP is solely based in the United States with no international operations. The company has never violated any applicable rules or guidelines and no formal complaint or enforcement activity has resulted from Purdue’s financial support or relationship with any third party.”

The report from Clark and Rogers appeared a year after they wrote to Margaret Chan, the WHO’s former director general, and urged her to keep an eye on Purdue Pharma, whose best known product is the powerful painkiller OxyContin, and its network of foreign affiliates, Mundipharma.

“The greed and recklessness of one company and its partners helped spark a public health crisis in the United States,” they wrote.

In particular, Clark and Rogers warned that Mundipharma was engaging in “deceptive and dangerous practices.”

Purdue, in a statement, said it is an “industry leader in the development of abuse-deterrent technology.”

Mundipharma said in a statement that the company continues “to take active preventative measures.”

But Clark and Rogers say they never got a response from the WHO.

“When the WHO failed to respond to the letter, we began to question why they would remain silent about such a significant and devastating public health epidemic,” they wrote in the report. “The answers we found are deeply disturbing.”

U.S. NEWSHealthy dog euthanized in Virginia because owner wanted it buried with her

Lindmeier, however, insisted their records indicate Chan replied to the lawmakers on May 17, 2017.

In their report, the lawmakers said they discovered that the WHO published a document in 2011 called “Ensuring Balance in National Policies on Controlled Substances, Guidance for Availability and Accessibility of Controlled Medicines” that repeats Purdue’s bogus claim that less than 1 percent of patients get hooked on opioids.

“It states: ‘Opioid analgesics, if prescribed in accordance with established dosage requirements, are known to be safe and there is no need to fear accidental death of dependence,’” the report states.

Then in 2012, the WHO published a second document called “Pharmacological Treatment of Persisting Pain in Children with Medical Illnesses.”

The WHO guideline claimed that there is no maximum dosage of opioids like OxyContin for children despite the fact that U.S. public health agencies have found that “fatal overdoses skyrocket in adult patients who are prescribed above 90 morphine milligram equivalents (MME) per day.”

“The web of influence we uncovered paints a picture of a public health organization that has been manipulated by the opioid industry,” Clark said on her website. “The WHO appears to be lending the opioid industry its voice and credibility, and as a result, a trusted public health organization is trafficking dangerous misinformation that could lead to a global opioid epidemic.”

“The WHO must take action now to right the ship and protect patients around the world, especially children, from the dangers associated with chronic opioid use,” Rogers said in a statement on his website.

Purdue Pharma faces some 1,600 lawsuits that accuse it of promoting OxyContin while downplaying the drug’s addictive properties.

In March, it settled with the Oklahoma attorney general for $270 million about two months before the scheduled start of a televised trial in the opioid-ravaged state.

Last year, Massachusetts named eight members of the Sackler family, the principal owners of the company, in a complaint that accused Purdue of spinning a “web of illegal deceit” to boost profits.

Purdue, which has repeatedly denied the allegations, has generated sales of more than $35 billion since OxyContin made its debut in 1995, according to Forbes.